Sorry not Sorry: Stroke Recovery is NOT Proximal to Distal. 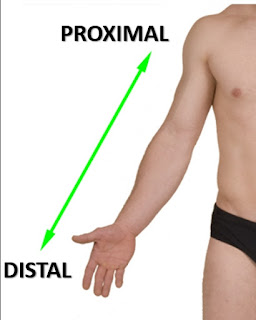 There's an old saying among clinicians: Recovery from stroke is proximal to distal. That is, there is a predictable pattern of recovery: proximal (closer to the body) to distal (further from the body).

Assuming this may hurt recovery.


The 'proximal to distal' crowd would say recovery in the arm/hand would be in this order:

first to come back are the muscles in the shoulder and shoulder blades,
then progress to the elbow,
then to the forearm,
then to the wrist,
then the hand,
then the finger joints close to the hand,
then the finger joints furthest from the hand.…
But proximal to distal is not accurate any more than assuming that the sun circles the earth because it always rises in the east and sets in the west. Both are based on observation, but neither is based on what is actually happens.

1.   You have a stroke; one side of your body is affected
2. The proximal muscles (i.e. shoulder) have bilateral innervation; both sides of your brain control the proximal muscles.
3.  Your shoulder comes back first not because of the "proximal to distal rule" but because your brain never ceded control over the shoulder muscles.
4.  The clinician sees the shoulder coming back before everything else and figures, "That's the proximal to distal rule!"

You might argue, "If the shoulder comes back first, then maybe the reason is wrong, but its a distinction without a difference. Survivors will still see proximal to distal return."

But what if the fingers are coming back first? Clinicians may not think to test the hand because the shoulder is not back. Or they may focus on shoulder control even though the hand can drive shoulder control if hand movement is recognized and encouraged.

In the lower extremity, the problem can be even worse. Proximal muscles would move the hip, and those are what are focused on. Meanwhile, an AFO (ankle brace) is routinely put on the survivor even though the ankle (a distal moment) may be coming back on its own.

And AFOs are easy to walk into, but hard to get rid of.
No comments:

Clinicians: When it comes to stroke recovery: KISS

When it comes to stroke recovery, clinicians would do well to keep it simple.

People hear the word neuroscience and they assume everything's going to get really complicated really fast. And while there is nuance in the brain that wins people Nobel Prizes, the global perspective neuroscience provides simplifies recovery. There is good news for people like me who spend a lot of time trying to explain stroke recovery: Some of the greatest neuroscientists in the world are really good at making the brain simple.

In other words, just as you don't need to know where the carburetor is— or even what a carburetor does— you can still drive a car. We don't need to memorize Brodmann areas, or the role of the substantia nigra, or the details of fMRI to understand how the brain works. What's much more pertinent, and much more interesting, are the global perspectives neuroscience provides. That is, if you use neuroscience not to answer "what is a carburetor", but instead to answer "where does the key go?" Where's the knob for the lights? Where's the turn signal? When it comes to the global perspective, neuroscience begins to answer simple but vital questions. Like:

Two. The other reason it's simple is purely technical. Only the owner of the brain can drive changes in their brain. Because learning, including what's called motor learning after stroke, requires that the survivor understands the process, on some level at least, it has to be simple.

Nobody likes complexity. But complexity can be even more vexing to somebody who has suffered a brain injury. Don't get me wrong, I've met plenty of survivors that are smarter than I am after their stroke. But most people have had a stroke are focused on recovery and keeping their life somewhat on track than complicated recovery options.

To review...
It has to be simple because it is simple, and because stroke survivors generally don't do complicated.

Here's the good news: the stuff that works the best is really simple. It relies on core concepts like bilateral training, introducing rhythmicity, forcing use, repetitive practice, etc

I do a lot of talks to clinicians. And it's amazing how many people will trust a complex treatment that they really don't understand over a simple treatment that they would have understood the moment they learned how to walk. What I would counsel therapists is this: If it's too complicated for you to get it from a simple explanation, you should probably save your money and save your patient's time, because that complicated stuff usually doesn't work.
No comments:

What is stroke recovery?

What are stroke survivors trying to do? They're trying to move better.

Where does better movement come from? The brain!

This debate has been around for a long time. Here's the question restated: If you've had a stroke and you're learning how to move better everyday. Is that movement learning or movement relearning? Is it new stuff (new neuroplastic change) or are you reactivating a part of the brain that used to do that movement?

I've been pretty successful selling to the world that it is all about neuroplasticity-- that it's all new learning. But that's only once the plateau has been reached. You know the plateau, that first big reduction in recovery? Prior to that most recovery comes from the brain "healing" (although "coming back on line" is a better description). 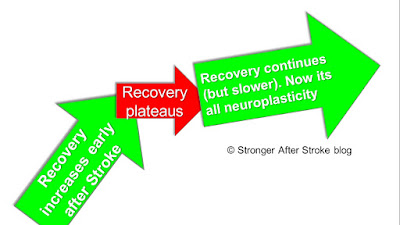 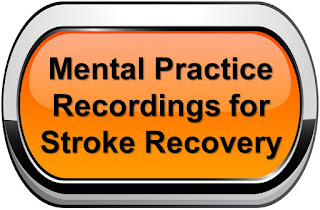 Bottom line: We studied the effects of mental practice (MP) on stroke recovery. We used recordings so that participants would have a guided imagery experience. These recording were never made available to the general public. Now, an analog is available. 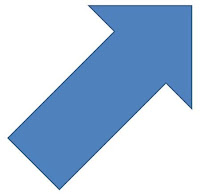 My first job in clinical research was at the Kessler Institute in New Jersey. I was teamed with a scientist, Stephen Page. Steve had been a D1 swimmer at University of Tennessee. Prior to getting into rehabilitation I was a musician. So we had an athlete in the musician.  And we had support from Kessler's very large research department.

Early in our relationship Steve told me he wanted to do a study on mental practice (MP). MP is what athletes and musicians do to practice. But they don't actually physically practice, they only imagine the movement. When Steve told me he wanted to MP with stroke survivors I advised him against it. I didn't think the very soft "imagining" would get its butt kicked by the realities of hemiparesis and everything else that comes with stroke. A few weeks later he came to me and said, "I want to do mental practice for imagery with people with stroke". And again I advised him don't do it. And he countered with, "Well we got funding." So I said, let's do it!

And we were known for early mental practice. Here's an early one, here's a later one. The MP stuff may have had the biggest impact. Therapists like it because they don't have have to burn through a lot of clinical time because the survivor did it themselves. And it didn't stress the survivor for two reasons:

1. There was a deep breathing part to begin and end the MP session, so it may actually reduce stress.

The bad news is, you may be flaccid. The good news: You may not be. 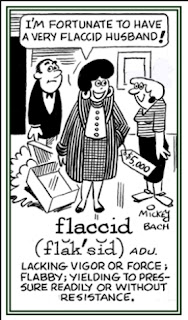 Flaccid. The word is used to describe a lot of stuff from music to political rhetoric. And it's never good. "Dude your band is totally flaccid!" said no one ever. And when it comes to body parts, its a bad thing. It can be used to describe many body parts that are not doing their job, from ear drums to muscles.

If, after stroke, a muscle is described as flaccid, it has no movement, and no "tone." Tone means that on some--even nominal--level the muscle is working.

If a survivor is flaccid on the "bad" side, there is no movement, no tone, no reflexes, no nothing. And if someone moves the survivor's limb it feels like moving an unattached door hinge: There's no resistance. But having a floppy arm is not the only problem.

Because muscles do more than just move things, there can be orthopedic problems. One of them is shoulder subluxation (dislocation). The muscles that hold the shoulder in its shallow joint are called the SITS muscles. When these muscles are flaccid the arm literally falls away from the joint. There are also pain syndromes associated with limb flaccidity. An example is called shoulder-hand syndrome.

Stroke survivors are often flaccid on the "bad" side immediately after their stroke. The good news is that, as the brain comes back online, flaccidity usually goes away. Usually.

But let's step back for a second. Clinicians often misdiagnose someone as flaccid. They might move the limb around a little bit and think, yeah, its flaccid. How might they prove its flaccid? They'd have to "add velocity." That is, they'd have to move the limb rapidly. But how much velocity? How rapidly? Well, to quote myself, Because spasticity is “velocity dependent” (the faster the limb is moved, the more spasticity is encountered), the test is done moving the limb at the “speed of gravity.” This is defined as the same speed a non-spastic limb would naturally drop. In other words, fast. This test is called the modified Ashworth. And its almost never done in someone who is "low tone" after their stroke.

So before the clinician claims you're flaccid, with the concomitant bad prognosis, make sure they do the Ashworth in any muscle they're claiming is flaccid.

If it remains flaccid the first week after stroke, the final outcome is usually poor.
No comments: