Spasticity: Can ANYTHING be done? 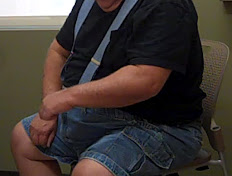 Below is an outline of various spasticity-reduction treatments.

Treatments that will permanently reduce or eliminate spasticity.

The neuroplastic model of spasticity reduction. I developed this one years ago. You can find an outline of it from my book here. It is the only non-surgical, permanent option on this list. Here is the emerging evidence for the "neuroplastic model of spasticity reduction."
Note: there is a lot of other clinical evidence that this model works, but it is typically wrapped up in research of other therapies that use a lot of repetitions.  Here are some of them:
Dorsal root rhizotomy (or selective dorsal rhizotomy). The one "medical" thing that does reduce spasticity in a long-term way is the one that nobody ever talks about. It's neurosurgery— this is in children, but they do it in adults as well. For the right person, its perfect and permanent.

Treatments that will temporarily reduce or eliminate spasticity.

Ice. If you ice the spastic muscle for about 20 to 30 minutes you'll get about 20 minutes to a half an hour of a reduction in spasticity. (Technical: It slows the monosynaptic reflex.)

Heat. Don't do it. It exacerbates spasticity (Technical: It speeds up the monosynaptic reflex.)

Weight-bearing. This is one that a lot of therapists love. Whether you're standing on the leg that's spastic, or putting weight through the upper extremity that spastic, there is a reduction in spasticity. That reduction will last until the next big volitional movement and the spasticity comes back. But it is a great short-term strategy that helps set the survivor up for treatments that are more permanent.

Stretch. Always the first line of defense. There's a lot of good reasons to stretch, but it does absolutely nothing to reduce spasticity in the long-term. This was established by not one but two Cochrane reviews. It didn't even reduce contracture formation.
Stretch and weight bearing have the same effect, but also give the same head fake; They work immediately, but stop working after the next big (effortful) movement.

Botox (and other neurolytics). Back in the day there were a couple of formulations of Botox. Eventually you would become immune to one so they'd use the other one. You'd  become immune to the second formulation, and that was the last time it would be effective. Now they have so many formulations that you can be on Botox for the rest of your life. It's a Band-Aid. When it wears off, it's done. It's also an expensive, and often painful Band-Aid. Oh, and it gets in the way of my neuroplastic model.

Electrical stimulation (E-Stim). Typically this involves reciprocal inhibition of the spastic flexors. Put simply: You E-Stim the muscles opposite the powerful flexor muscles that cause the problem. Example: E-Stim the elbow extensors (triceps) to relax the elbow flexors (biceps, etc.). Various doses will provide a temporary reduction is spasticity.
6 comments: