There are good reasons for muscle strengthening after stroke, of course. But therapists know these reasons well. For instance, the muscles on the affected side, even the ones that are the most spastic and seem overwhelmingly strong, are usually no more than half as strong as the unaffected side. Because spasticity is such an issue after stroke, some clinicians believe that strengthening "tight" spastic muscles will exacerbate spasticity. Research has shown that this is untrue; exercising muscles does not increase spasticity. It is important to focus on the muscles that are the weakest, of course. For instance, most stroke survivors have no problem at all bending their elbow, but extending their elbow is often very difficult, especially at the end of the range of motion. In this case it would be wise to work the triceps because it is the weaker of the two muscle groups. 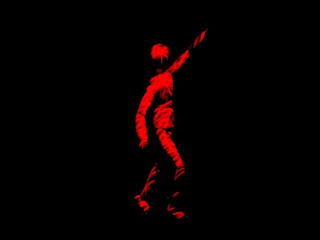 The other form of exercise that therapists focus on is cardiovascular. Unfortunately stroke survivors get a double whammy: They are in half as good cardiovascular shape as age-matched couch potatoes, but everything they do takes twice as much energy. A good example is walking. Before stroke, walking takes very little energy. Most of the energy is expended in small bursts of muscle power, perfectly timed to use momentum forces and gravitational pull. After stroke, gait loses its subtlety and coordination. The gait that is typically left in the wake of stroke uses twice as much energy as prior to the stroke.

So cardio and muscular strengthening are important, but viewed as more of a "pre-process" than the process itself. In fact, many of the leading-edge treatment options (i.e., repetitive practice, CIT, forced use) are considered "intensive." They require that the survivor "hits the ground running" and be able to withstand the rigors of the intensity right from the get-go. In this regard there is a necessity for the survivor to be in pretty good cardiovascular and muscular shape prior to the initiation of treatment. Once the survivor has the stamina, the focus comes off the body and shifts to the brain.
3 comments:

Why a little means a lot

But every bit of neuroscience is very clear about this: a little bit movement can lead to more movement through repetitive and demanding practice. Move as much as you can. It may be ugly, it may be "incorrect," it may be "nonfunctional," and it may be "useless." But this is probably more true: Small amounts of movement may turn into something beautiful, something correct, something functional, and something useful. If someone is telling you that your movement is unimportant, or harmful, or irrelevant, politely don't listen.


There's a lot of great things to be said about e-stim after stroke. E-stim can be used to do a number of things to help survivors recover. But let me review one: Stretching. 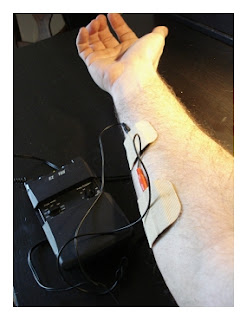 About 30% of the time stroke survivors have "severe" spasticity. How is "severe" defined? Severe is considered "≥ to 3 in the modified Ashworth scale." What does that mean? It means that if you move the joint through its range of motion it is tough to move. The force that used is an outside force; someone other than the survivor moves it (passively).

Severe spasticity in the upper extremity can lead to a fisted hand. In the lower extremity it leads to the foot pointing down at the ankle (plantarflexion).

So how should you stretch spastic muscles? One way is manually. In the ankle is pretty easy. Stand up. This is called a "weigtbearing" stretch. But in the upper extremity... ah, it can be difficult to stretch a fisted hand. It's not just that you're dealing with stretching over all of the joints of the fingers (12 in all). If that you can't fully stretch the fingers without also stretching the wrist. The reason they have to do both gets technical. The muscles that control the fingers, also control the wrist. So to get everything fully stretched you have to extend both the wrist and fingers. "Extend" means that the fingers would be perfectly straight, and the wrist would be pushed back as far as possible.

There was a very influential neuroscientists and Nobel laureate named Sir Charles Sherrington. Sherrington made many discoveries about the nervous system. One of the things that he discovered is that for one set of muscles to contract, the other set of muscles would have to relax. Let's use that hand as an example. For the muscles to open the hand to work properly the muscles that close the hand after relax. Otherwise those muscles would be fighting themselves. Which Sherrington discovered was that in a healthy (non-stroke) situation, when there was an attempt to open the hand the muscles that close the hand would relax. If you want to get technical, it's called reciprocal inhibition.

Trying to stretch the fingers into an open position, while also extending the wrist with a spastic stroke survivor is a bit like herding cats. It's tough to get all of those joints (were up to 13 now) going in the right direction. This is where e-stim can come in.

Talk to your therapist. If you have a lot of spasticity this is something that you can do at home, once trained. The technology tends to be relatively inexpensive, and can be used for an extended period of time. But again, talk to a therapist, and get them to figure out what the right settings and dosage or for you, and then e-stim away! 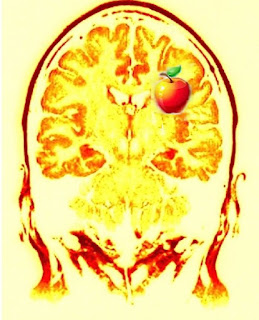 There is a common suggestion among many in the "alternative medicine" industry expressed in the question: "If it means less business, why would your doctor want you to be healthy?" A strict emphasis on healthy lifestyle including diet and exercise would be like the proverbial "apple a day" - keeping the doctor away.

Many pathologies allow for a definitive discharge point. The patient who has had a knee replacement gets therapy, and then goes home to live the rest of his life. But neurological disorders are different. Many, from Parkinson's disease to multiple sclerosis, are progressive. But what of non-progressive neurological disorders like stroke and traumatic brain injury? Does this "apple a day" philosophy work? Is there a point at which these populations no longer need therapists?

Many patients with brain injury (including stroke) believe that they will always need therapists. Most see therapists as essential to the recovery process, no matter how long (months, years, decades) it takes for them to achieve their highest level of potential recovery. But this view is incorrect.

There is a point at which therapists are no longer the fulcrum for recovery. Nor should they be, for reasons that range from financial to practical. At discharge stroke survivors are, and should be, in complete control of their own recovery. During the chronic phase of recovery from stroke, the speed of recovery slows. The physiological action of recovery is based on a lot of self-directed hard work. Much of what is required is relatively simple, and revolves around the broad concept of repetitive practice. In order to take charge, stroke survivors need to be given the tools to initiate and follow an "upward spiral of recovery." This term is used to describe the path to the highest level of potential recovery. The "upward spiral of recovery" is driven by real-life demands for everything from coordination to cardiovascular strength.