I don't care how great a therapist is, if they see a patient a half hour 3 times a week, they're not going to elicit robust enough neuroplastic change to provide better and lasting movement. That's what all the research says. Survivors (families, pipe up!) should demand the “home exercise program” (HEP) during the first week of therapy. Why? Because they will get much greater gains if they work 4 hours every day than if they work a half hour 3 times a week, or 2 hours a day, 5 days a week or whatever. Too often the HEP reflects nothing more than a watered-down version of the very exercises that precipitated the plateau. 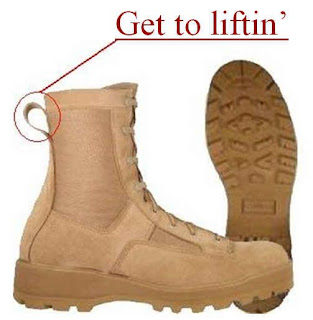 HEP does not stand for "hand 'em photocopies". A HEP should start from day one. And the “H” part of should be defined as wherever the survivor is staying; skilled nursing, the hospital, wherever, they should be given tons of homework and survivors should be encouraged, threatened, cajoled, coached and convinced to follow through on the home work. And families should be involved in this effort as much as possible.
5 comments:

What if recovery were a competition? What if someone measured your level of recovery at 2 days, 2 months and 2 years. Would the % that you got better, from baseline to the zenith of recovery beat others?


Is making it a competition a bad thing? There are classic stories, one of which is in Norman Doidge's "The brain that changes itself" of stroke survivors competing against each other within the context of constraint induced therapy. 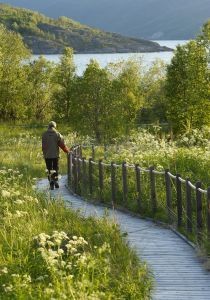 During most of stroke recovery,
victory is a private affair.
You are the only one who will know if you prevail. You are competing against yourself and for yourself.
3 comments: 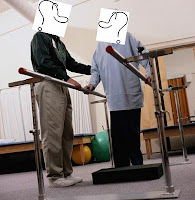 Some clinicians think that neuroplasticity means little in the every day life of someone who suffers from brain damage. These neuroplastic naysayers believe that change in the brain is not worth a hill of beans if there’s no “functional change”. I rather disagree. I think that “function” is a manifestation of what insurance companies think will get patients out the door as quickly and inexpensively as possible. Consider ambulation. Insurers believe that someone walking, no matter how ugly the gait, no matter the orthopedic risk, no matter the bracing or assistive device, is better than not walking.

So what happens? Therapists slap on AFO’s and call it toast. Everybody’s happy, right? The only problem is that a more natural, recovery of dorsiflexion is now made impossible by a rigid orthosis that disallows the very movement that stroke survivors are trying to recover! Penny wise and pound foolish, insurance companies impede the very process of recovery. And that's prior to the plateau, as the brain is coming back online. Once the survivor is chronic, there is no further gain at the ankle, despite potential neuroplastic change that may be available during the chronic phase. change is the only true substrate of recovery from brain damage. Everything else from bracing to stretching are local Band-Aids ameliorating symptom rather than cause.
4 comments:

Barking up the right tree.

Here's a made up story: I dropped my computer down the stairs the other day. Thankfully, it still turned on. But then the computer screen wouldn’t work! I shook the screen. I turned it on and off. I pushed all the buttons. All the screen said was NO INPUT SIGNAL. What should I do? Well anybody who's ever owned a computer knows that it has nothing to do with screen and has everything to do with the computer.

Stroke is an injury to the brain. Peripheral nerves and muscles (unless and until atrophy and/or muscle shortening sets in) are working just fine.

But when it comes to stroke recovery "we" (including clinitians and survivors) focus on the affected parts of the body. We put an orthotic on it, stretch it, splint it, move it, measure it, worry about it...

Symptoms, computer screens and limbs are easy. We can see them, touch them, and measure them.

But let's be clear. The basic paradigm shift presented by research is that it's not about the limb…it's about the brain.

Good thing the brain responds to simple rules. What are those rules? Let me answer that question with questions. Take something that you learned in your life... anything. How did you learn it?  Did you offload the process of learning to someone else? Was that learning easy?  Did you wait for someone else to test you, or did you test yourself?