Are you frail and elderly?

(The following is a paraphrasing of writing by Janet Carr and Roberta Sheppard in their stellar book "Stroke Rehabilitation.") 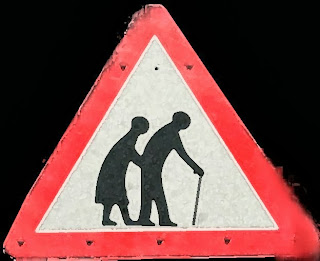 "Frail elderly." This is the way most stroke survivors are treated, and it's not good. It is important for stroke survivors to engage in strengthening and cardiovascular training. It is also important to do a lot of intensive and repetitive practice. The problem with both training and a lot of practice is that they cause fatigue. And when the survivor is perceived as being fatigued they'll be asked to rest. But exercise is safe after stroke. Intensive rehabilitation improves not only muscle and heart/lung strength, it also improves movement.

To promote intensity in rehabilitation goals should be set. Goals can include increasing the speed of a task, increasing number of repetitions of the task is done, and improving the performance of the task. The stroke survivor can benefit from these parameters being graphed. Graphing of improvements in performance can provide type of feedback to the clinician, and can be motivating the survivor.
©Stronger After Stroke Blog
5 comments: 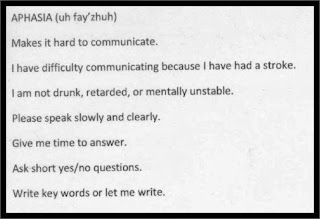 Its a pretty simple calculus: If you don't use it you lose it. But there's a corollary: If you don't try it you can't possibly gain it. For example, if you use an AFO to walk during the early days after stroke, you'll not easily not use the thing again.

And if I choose not to play violin- an instrument I've never played- I'll not get better at violin. So, both learning for anyone and relearning after stroke involves taking your brain (where learning happens) out of your brain's comfort zone.

Which leads me to spouses. I've met a ton of 'em. The wife is aphasic, the husband loves her, knows what she's trying to say and finishes the sentence for her. (When its men I always get the feeling they're saying to themselves, "Finally, I get to do the talking!") The spouse can become the exact thing they don't need.

I always liked talking to folks who are aphasic. I usually get trampled by conversations because I'm slow in the think department. Aphasic folks give me a chance to ruminate a bit. Try it. Slow the conversation.

But "I've gotta get on with my life. How is it good to have my wife talk slowly when we're trying to check out (or ask directions, or talk to the gas station attendant)?"

Here's how its good. Do you know anyone who doesn't stumble and bumble their way through conversations? OK, a few people are so verbally dexterous that they don't really have this problem, ever. But nobody likes those people.

Why shouldn't someone who has a language deficit struggle as much as we do? They should struggle. Once they don't struggle, you know whats that's called?

A plateau.
Beside, aphasia can be fetching. 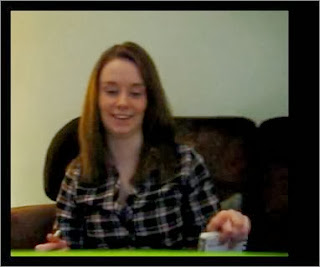 What is the key to recovery? Everybody now: Repetition! I've written about this before here and here. 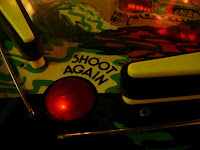 It's not rocket science. And it's not brain science, until it is.

The thing that they don't tell you is how many repetitions you have to do. The first person to talk about the power of repetitive practice was Randolph J. Nudo. You pretty much can't read any journal article on stroke rehab research that doesn't involve a reference to this guy. His suggestion was that 2500 repetitions would begin to change the brain enough to make that movement better. In constraint induced therapy there is approximately 200 repetitions per therapy session. In typical rehab there's about 32 repetitions per therapy session. It looks as if the number may be approximately a total of 1200 reps. That would require about three hours per day.

But I think we can all agree that most stroke survivors don't attempt these numbers of repetitions.

Here is the other question: How do you do all the repetitions you need to do without driving yourself crazy? 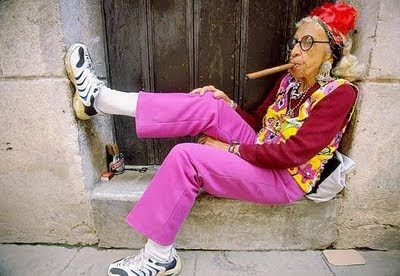 Here is the only possible answer: Tie it to something that you care about.

A pathological condition resulting from a disease. An aftereffect of disease.