When I worked at the Kessler Institute in NJ, there was an idea for a study that bounced around for a few weeks. The study would involve answering this question:

What would be the effect of a swift kick in the butt on stroke recovery? 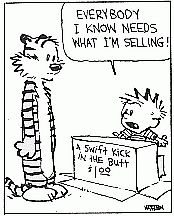 I'm pretty sure that study would never pass the ethics board. But(t) it is a joke that got to a fundamental truth: Clinicians make the process of recovery too complicated. There is this notion among many clinicians that there should be a constant striving towards "function." That is, that the survivor should work towards some particular goal (i.e.: walking, dressing, eating, toileting, etc.)

I disagree. Movement, irrespective of function, is important. Here's an example…

Constraint induced therapy (CIT) for the upper extremity (arm and hand) involves working the arm and hand – a lot.

At the end of CIT, the survivor may, or may not be any more "functional." But maybe the wrong things are tested. If you're working with the upper extremity, then you'll test the upper extremity. But here's a weird side effect of CIT: better walking. Why? Because arm swing is made better. We may not think about the arms with regard to walking, but they are important in balance and timing.

And other things that are often not measured very often get better. Things like a reduction spasticity, less shoulder pain, more active range of motion. Movement, irrespective of function, is good.
3 comments:

What are your chances of having a stroke? Where do you live? 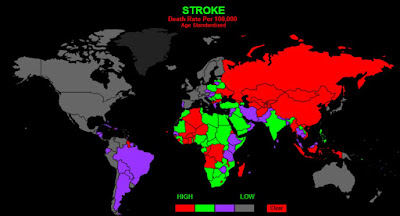 Your chance of having a stroke may be influenced by where you live. Click on the map or the list and it will take you to the full interactive site. 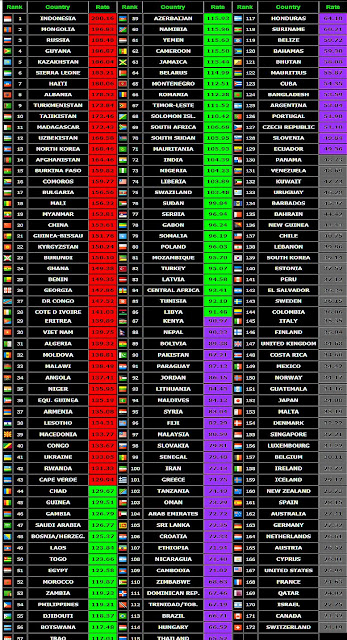 Keep in mind: ~1 in 3 survivors will have a second stroke. If this map also reflects subsequent strokes, you may be able to modify whatever behaviors inherent in your geography.
No comments: