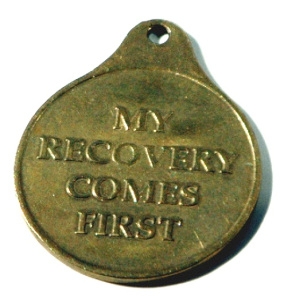 Can someone get better after they "plateaued?" Hell yes.

What is the plateau?

It's the point at which all of the neurons that were "stunned" by the stroke have come back online. Why were the neurons stunned in the first  place? The stunning of neurons is known as "cortical shock." Neurons, right after the stroke, are fighting a battle to survive. And while they're fighting this battle, they don't work. These neurons eventually come back online. They usually come back online between one week and three or four months after the stroke. This is known as the subacute phase. (Note: there is no "one size fits all" timeline for these events. Two stroke survivors can have radically different timelines.)

In any case, at some point these neurons come back online. Recovery is sometimes very rapid and relatively "easy" during this phase. This kind of recovery, stunned neurons coming back online, is known as natural recovery, or spontaneous recovery. In other words, "Not a lot of work, but a lot of recovery."
Eventually, all of the neurons that were stunned are back online. The survivor "plateaus" and the chronic phase of stroke begins. Once this happens there is a discernible reduction in the rate of recovery. The reduction is because there's no neurons to come back online and help the process along. But recovery can still happen.

It's just that recovery takes a different form. Now neurons from around the brain have to be recruited in order to make up for the neurons killed by the stroke. This makes recovery a much different (and effortful) process during the chronic phase, than during subacute phase.

But... you hear this all the time. I even hear this from therapists. They'll say something like, "We ended therapy with this guy, 14 months later he walks through the door and he can do stuff that he couldn't do when he was discharged!" This sort of recovery can then trigger more rehab. Remember, rehab ends when the person plateaus. (Its a managed care thing.) So if there are changes in the ability to move, therapy can be justified. So you could go through the cycle where you work your butt off to get a little bit better, which then triggers more therapy.

It's a beautiful cycle, and it can continue for decades.