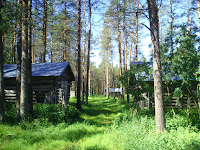 I'm here in Finland, above the Arctic Circle, the home country of my wife, Aila. We're visiting for 3 weeks.
This is a great country for clearing one's head. The things that matter to "us" seem to trouble them less. Their perspective has changed my perspective!
There is a particular study the Fins have done on stroke recovery that has caught my eye several times over the past few years. Part of it is that any study that says "stroke" and "Finland" will get my attention. Part of it is that music is so personally important. The following quote comes from this article.
"A daily dose of one’s favorite pop melodies, classical music or jazz can speed recovery from debilitating strokes, according to a study published recently. When stroke patients in Finland listened to music for a couple of hours each day, verbal memory and attention span improved significantly compared to patients who received no musical stimulation, or who listened only to stories read out loud, the study reports.
Those exposed to music also experienced less depression than the other two control groups.
Three months after a stroke, verbal memory was boosted by 60 percent in music listeners, by 18 percent in audio book listeners, and by 29 percent in non-listeners, according to the lead author Teppo Sarkamo, PhD, a neuroscientist at Helsinki University in Finland.
The differences held true after six months as well, says the study, which is published in a recent issue of the journal, Brain. Sarkamo’s findings bolster a growing body of research pointing to the benefits of music and music therapy for conditions including autism, schizophrenia, and dementia. But this is the first time music alone has been shown to have a positive effect on victims of brain injury, such as stroke, he says.
“Everyday music listening during early stroke recovery offers a valuable addition to the patients’ care, especially if other active forms of rehabilitation are not yet feasible,” Sarkamo says."
Also, this systematic review seems to further indicate music can help in a number of ways.
`
2 comments:

It's the whole enchilada. 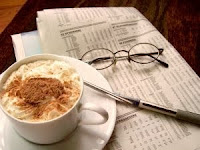 There is only one treatment option for recovery from stroke that has the same level of testing as any drug on the shelf of a drugstore. One. Constraint induced therapy (CIT).

So you would think that every rehab hospital would do CIT. But, not so much.

Part of the problem is the foggy perception that many clinicians have about what CIT is. Read this article, and then have your therapist read it.