$troke $urvivors: YOU COST TOO MUCH-- GET OUT! 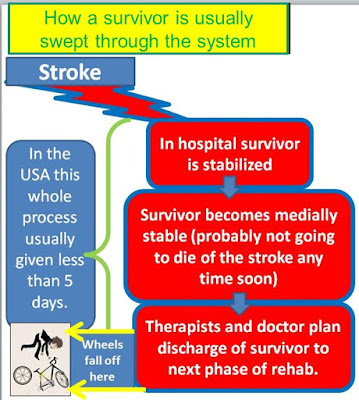 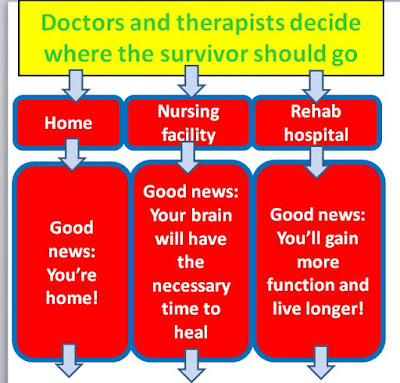 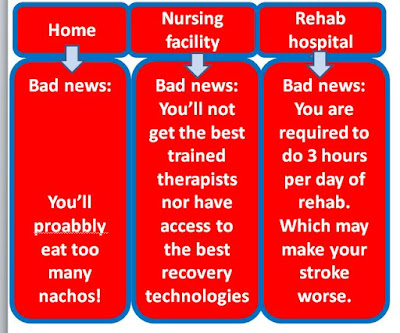 Hospitals cost big bucks. So managed care (insurance companies) want survivors out of the hospital ASAP. Because of this rush, doctors and therapists are forced to push the survivor into the next step of rehab.

The problem is that there is no way to tell what the survivor actually needs. To put this a research-y way "There are varying degrees of spontaneous improvement in arm paresis over the first 6 months after stroke."