There are two ways to recover from stroke

There are two ways to recover from stroke. And they correspond to two of the four phases of stroke.

For the sake of brevity let's cross off the top two:

1. Hyperacute
2. Acute
Recovery doesn't really happen during those two.
(I'll put why those two phases are important-- outside of recovery per se-- at the bottom of this entry).

Most recovery during this phase is what would be called "spontaneous recovery" or "natural recovery." Recovery during this phase is driven by healing in the brain. Specifically it has to do with neurons that are temporarily "stunned" by the stroke becoming "unstunned" and coming back online. As they come back online recovery happens. That is, it's "spontaneous." It is true that people who get therapy during the subacute phase will get better than people who don't get therapy. In fact, people who get intensive therapy – therapy that involves a lot of work and a lot of repetitions – will get better than people who just get regular therapy. But even with no traditional therapy, survivors will almost always have some significant amount of recovery during the subacute phase. Let's put it this way...

The chronic phase (from approximately three months to the end of life). 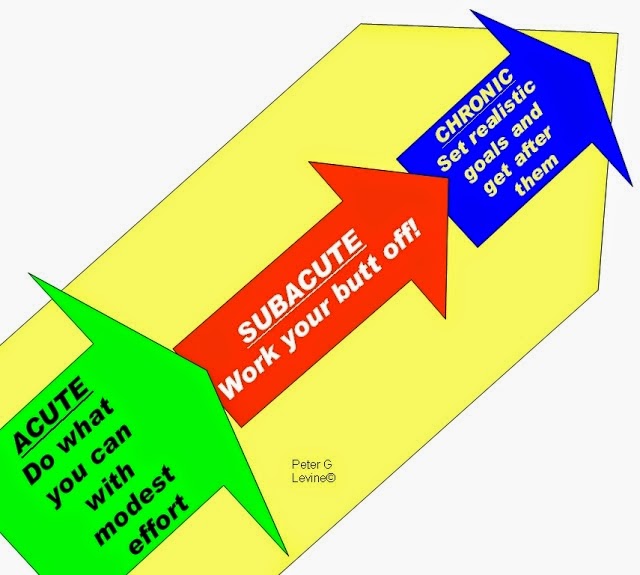 The hyperacute and acute phases.
Important things happen during these two phases, to be sure. Things like saving lives and saving brain. But these two phases are not conducive to the effort needed to drive recovery. In fact, if too much effort is made, you can enlarge the area damaged by the stroke. So during these two phases, listen to the healthcare professionals around you, and convalesce. But once the subacute phase starts, its time to "put the pedal to the metal."

How will you know when the subacute phase starts? Spontaneous recovery happens!
6 comments:

Note: There are two free resources for retraining vision after stroke. Both are on the right hand column of this site (à). Click on "Vision Problems? Click Here!" and/or "Tx for hemianopia and spatial neglect".

Sometimes survivors "neglect" their bad side. Survivors who have neglect don't pay attention (don't see or even recognize as their own) the "bad" side. In fact, it can be so bad that they don't even look at the "bad side" half of the world. 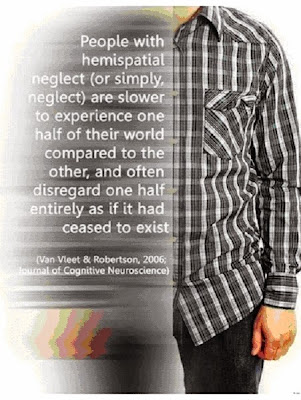 There are a ton of terms for this phenomenon. Unilateral neglect is the most common. Other terms are...
This inattention may be caused by visual deficits on the neglected side— a problem of the eyes and eyesight. The problem with eyesight that cuts off half the world is called hemianopsia. Or it may be a matter that the brain is not processing information coming from that side, including vision. Or it could be both of those (vision and a brain problem) together.

Unilateral neglect and the brain
What do we pay attention to? There's lots of stuff in this great big world so we make choices about what we attend to. But someone with unilateral neglect can't/won't pay attention to their "bad" side.
The "neuroplastic model of stroke recovery" is a termI coined.  It basically means: no matter what deficits are left the survivor there are groups of researchers trying to develop "brain rewiring" treatments to reverse those deficits.
The neuroplastic model for unilateral neglect becomes really clear if you look at it as more of a "won't" issue and less of a "can't" issue. If a survivor won't, it suggest that they could. Because if they won't then maybe their perspective can be changed so they will. So reducing inattention can be helped by paying more attention.

With unilateral neglect inattention to the affected side is bad for obvious reasons. But Inattention is also bad, because, as this book points out: Inattention results in confusion, and confusion increases inattention. So what can be done? How do you get someone or yourself, to attend; to pay attention?

Therapists contend that you should approach and do everything on the affected side so that the stroke survivor attends this affected side. However, it's a good idea to start off on the good side, otherwise, you may not know if the survivor is even paying attention to what you're trying to communicate with them. For instance the survivor may not understand instructions, context, spacial issues, etc. So do all the early teaching stuff on the good side.

To start with, survivors can be encouraged to turn their head towards the neglected side. Eventually, the survivor should be encouraged not to turn their head, but to move their eyes towards the neglected side.
It happens more often with people where the left side of their body is the "bad side." This may have something to do with the fact that we tend to be "right eye dominant." That is just in the normal course of human events, the right eye is the one that we more trust, and use.

It's a good idea for survivors to understand that they have neglected side. If it's a vision problem, be aware that you have vision loss on that side. Examples in the room around them can be used. You might say how many chairs in this room, and the survivor would only count half of them as they would neglect half the room, and therefore have the chairs.

Don't deny...
"...unaware of the complete nature of the disability and even deny it, blaming the problem on eyeglasses that are too weak or a room that is too dark."

Nerdy take:
"To enhance the integration of scanning behavior during functional tasks such as gait and dressing, the client should be reminded of scanning principles and carried through a series of scanning exercises before initiation of the activity. If inattention reappears during the activity, the therapist should stop and assist the client in becoming reoriented before the activity is resumed." 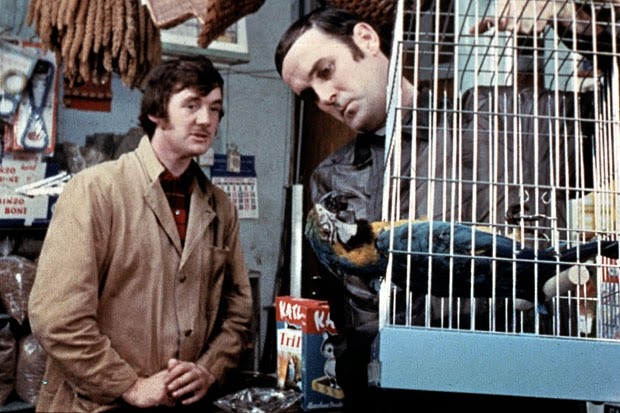 I know, I know, I bash NDT and Bobath a lot. I bash bloodletting too because it doesn't, whatchamacallit...work. That's it, work. It has the problem of not working. It is ineffective. It is devoid of efficacy. It is incapable of helping.

For a long time me and some colleagues in research got a ton o' backlash when we pointed out that the bird was dead. But more recently, PTs and OTs have generally got the message that its so dead, its starting to stank.

You know things are bad when Wikipedia turns on you! When you read this, have a look at two things: 1: The opening paragraph. 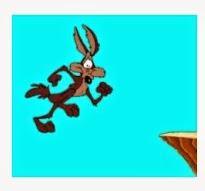 Its almost like the million Wile E. Cayote cartoons where he runs off the cliff and tries midair to run back to the cliff. 2: the rest of the page. Scath. Ing.

"Science. Confusing everyone since the 1500s!"

An interesting article came out recently in the popular press. Bottom line: Oral contraceptives (OC) can increase risk of stroke. OC can also increase risks for other diseases as well. 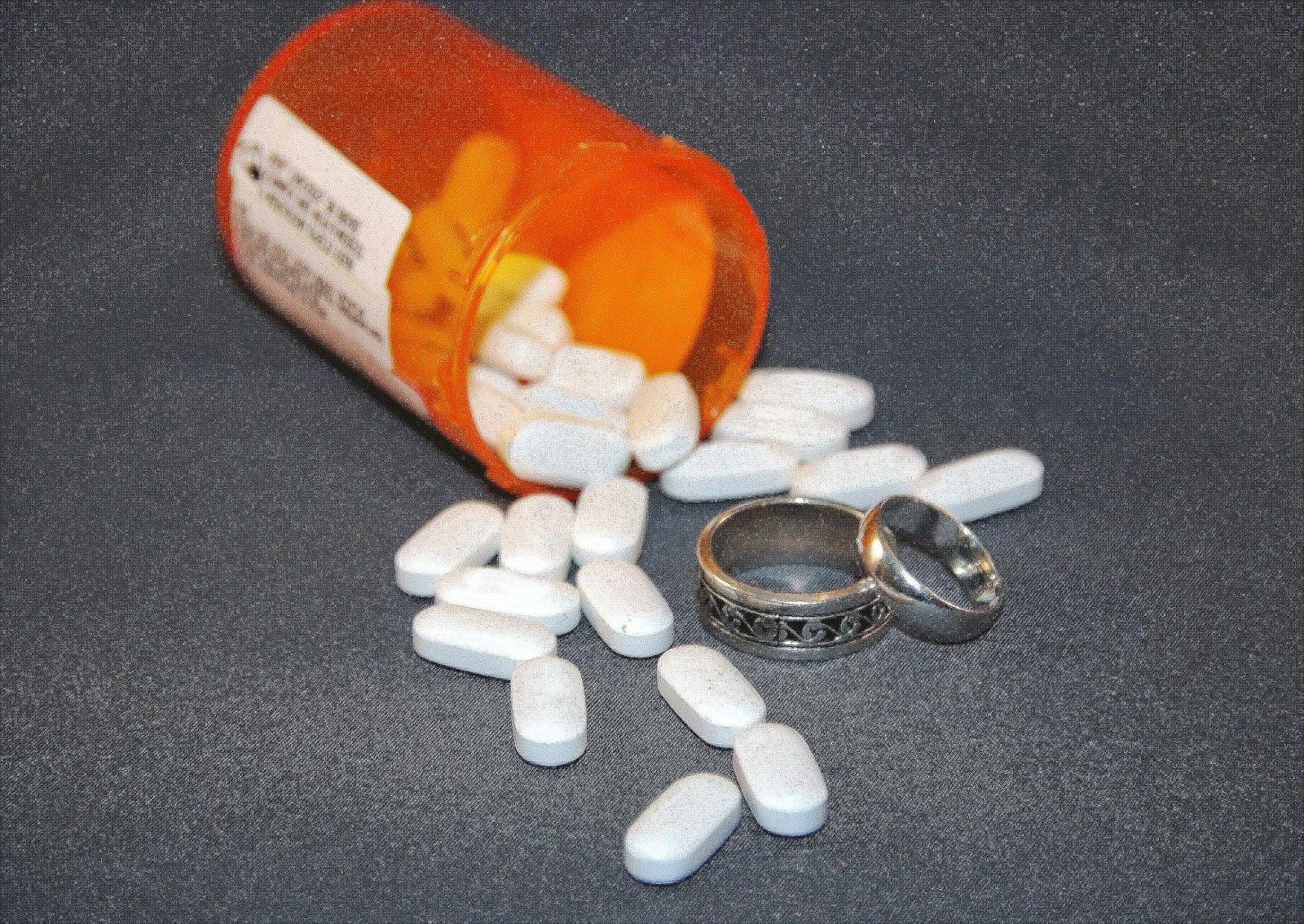 Let's talk about stroke first. Current use of OC increases chance of a clot breaking of somewhere in the veins/arteries and causing stroke. Interesting side-note: Chances go up with the amount of estrogen in the OC. Nerdy way of saying this: "... the risk is directly proportional to the amount of estrogen present in the pill."

The article also says there is an increase in brain and breast cancers. Brain cancer chance IS doubled but the type of brain cancer they're talking about is very rare so a doubling still makes it ... very rare.

Breast cancer is increased but only if you are a recent user (within the prior year).

And what of the affect of oral contraceptives (OC) on stroke? "Current OC use increases risks of venous thromboembolism and ischemic stroke. However, women of reproductive age are at low baseline risk, so the chances are small."