STROKE DEPICTED IN A CARTOON!

This is a re-post of an earlier blog entry. Still pertinent!
Have a look at this cartoon. In poor taste, yes. But it manages to raise awareness and it does it in a way that is comically accurate.
Here is your quiz: Watch the vid and then do this: Just below the cartoon, highlight the invisible text by left clicking and dragging to the bottom of the post. Therein lies my observation of what the cartoon gets right. If you'd like me to add anything I've missed, put it in the comments or email me.

Highlight text below↓↓↓↓↓↓↓↓↓↓↓↓↓
1. Drop foot
2. Inability to clear ground during swing phase of gait
3. Flaccid left upper
4. Lack of sensation left upper
5. Caregiver concern regarding driving
6. Difficulty with spacial issues while driving
7. Left hemiparesis, no aphasia!
In the comments section Jim Sparks points to a part in the episode where a treatment that is not proven to work, works!
8 comments:

A Show For Survivors

Hi Survivors (and caregivers, clinicians and clinical students:)!
An OT friend and I recently launched a "radio show" (the kids call it a podcast:).
Its all about stroke/brain injury recovery.
Below are link to some episodes you may find helpful...
No comments:

The Feel of Recovery

Below is an article I wrote in a PT trade magazine years ago. It describes, theoretically at least, how to get sensation back after stroke. Turns out, nothing new under the sun. Getting back sensation is the same as getting back movement. Repeated attempts at feeling drives the brain to be better at feeling. 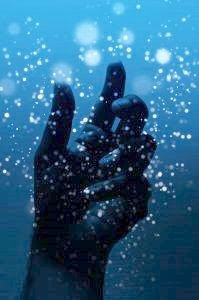 There are 2 ways of retraining feeling: active and passive. Passive seems to be more for tactile stuff, active is more for proprioception (the feel of movement).

But movement and sensation double back on each other. Movement affects sensation because if you can't move the brain stops listening for movement. And if you can't feel, your movement goes haywire.

Rehab clinicians have seen it all... from the proprioceptive deficits of the apraxic survivor, to the hyper-sensitivity of survivors with shoulder/hand syndrome (RSD), stroke deals an unpredictable hand of sensory dysfunction to many survivors. Approximately 60% of stroke survivors have some sort of sensation loss. Of all the squealae after stroke, loss of sensation is the most perplexing for researchers. Most research focuses on the effect of interventions on recovery of movement and function.  There are reasons that research focuses on movement and not on sensation.
For instance, movement is considered more important. In some ways it is. Edward Taub, the developer of constraint induced therapy (CIT), proved that primates could move limbs they couldn’t feel before he was out of graduate school in the 1960’s. So if movement can be relearned without sensation, there is less focus on that that relearning. Also, any gains in recovery of movement are easily seen, and we focus on what we can see. Sensation is much more difficult to measure. But any therapist worth their salt knows that sensation impacts on movement. Movement is the Ying to movement’s Yang; neither does well in isolation.
If a therapist wanted help a client relearn sensation, how would they go about it? First, understand that sensation would, in fact, be relearned--in much the same way that movement is relearned. The same rules apply. We know that repetitive practice reestablishes movement. Although much more research needs to be done, repetitive feeling seems to help reestablish sensation. Also, movement itself seems to drive increases in sensation. The more the survivor moves, the more the sensation of movement becomes ingrained into the neurons of the brain and the more the brain “listens” to the feeling of the movement. The more the brain listens, the more neuroplastic rewiring occurs to make the brain more perceptive to the sensation.
There are two veins of inquiry that researchers are following that promote repetitive feeling; passive and active training.

Passive Training of Sensation (PTS)
PTS usually involves surface electrical stimulation. This would be delivered in much the same way transcutaneous electrical nerve stimulation (TENS) is. That is, there is no muscular contraction. The hypothesis is that continuous signals sent from the peripheral to central nervous system reallocate neurons to feeling the limbs. Stimulation sessions ranged from one session for one day to one session per day for several weeks. Other PTS paradigms have used pneumatic compression, thermal stimulation and vibration to a portion of the body.

Active Training of Sensation (ATS)
The research in this area has used a variety of training techniques. ATS involves having the stroke survivor actively involved in training. Included has been practice determining where limbs are in space with eyes closed (for proprioception) and practice with localizing sensation (“Where do you feel this?”). Also used is repeated challenge to stereognosis (the ability to perceive the form of an object held in the hand).
Ultimately, the best paradigms for reestablishing sensation involve the blending of ATS and PTS. Since the more movement that is done the better the brain becomes at listening, anything that compels the survivor to move will tend to drive sensory recovery. Repetitive practice paradigms, including CIT may be helpful in the recovery of movement and the sensation of movement.
Much more research is needed in this important area. Every study and systematic review of sensation after stroke agrees: The testing and treatment of post-stroke sensation deficit lags well behind the testing and treatment of movement.
Serrada I, et al. Does Sensory Retraining Improve Sensation and Sensorimotor Function Following Stroke: A Systematic Review and Meta-Analysis. Front Neurosci. 2019 Apr 30; PMID: 31114472