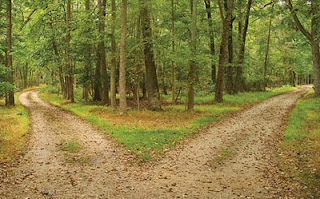 Compensation involves getting on with your life by any means necessary. If your right hand doesn't work, you do everything with your left hand. If you can't walk because your foot drops, you put on an AFO. If you have trouble speaking, there's an app  for that.

But there is a problem with function. And it's not just a generalized idea that if you "focus on function" you'll ignore recovery. It's a very specific concept based in neuroscience.

It would make sense that if you focus on learning compensation, you would spend less time on recovery. And this would mean that you would become better at compensation, but less recovered. But it's more than just a time issue. It's a brain issue.

Well, it could learn to compensate. If you are right-handed and you have limited use of your right hand after stroke, the brain could learn to compensate. Your left hand would be doing a whole bunch of things never did before. The left hand is now handwriting, attempting to tie shoes, brushing the hair and teeth, and dressing. And it's doing it all alone — no right hand to help. So during this period in which the brain is "primed" for learning, the left hand does all the learning.

But if the focus is not compensation, but recovery, there will be more recovery. The brain is "primed" for learning, and it learns to recover.
No comments: 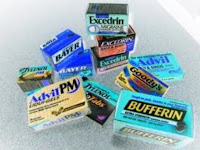 Note: As a group these meds are called Nonsteroidal anti-inflammatory drugs or "NSAIDs" (pronounced: NAY-sads). (List of all NSAIDs here)

In 2011 rather large study of this issue was completed. This study was a meta-analysis. A meta-analysis is a study of all the available studies. Although this is not news (it did come out in 2011) it is important for folks with chronic pain. If for instance you have frequent headaches and you take certain painkillers for that headache pain it could increase your risk of stroke and heart problems. Ibuprofen, for instance, tripled the incidence of stroke.

Keep in mind, this study was not done with people who have had stroke. The statistics may be different if you've already had a stroke.

And "dying from heart trouble was four times greater" when using some NSAIDs.  As Consumer Reports puts it: "...all (NSAIDs) except naproxen were associated with similar increased risks..."

Here's my suggestion: Ask your medical doctor about this research.
No comments:

Consider the stroke-rehab ideas coming from recent neuroscience (and to a lesser degree, OT, PT and Speech therapy). This recent work has more in common with "rehab" tens of thousands of years ago, than it does with the decades between 1920 and 2000. What has this recent research and our deep ancestral rehabbing have in common? Researchers now call it "intensity." But back then they called it something else: Survival
There's a lot of folks, therapists mostly, who think that rehab started in 1918 or so. They'll tell you that PT was developed in response to polio and WW I. They'll tell you that, in the US anyway, its champion was Mary McMillian, the first PT, credited with starting the first legitimate PT training school in the US. Some of them may even know that Pehr Henrik Ling developed and codified the concept that exercise=health in the 1800s. Ling went further, developing a standardized way of promoting rehabilitation and recovery.
But what of “Rehab=Survival=The Latest Research"?

Imagine a survivor trying to rehab 150,000 years ago. Let's call our stroke survivor “Magch” and his mate-pair “Youngh.” It seems as if we probably had language even then. This is the way the conversation probably went…

Youngh: “How many times do I have to tell you to stop leaning to your good side?”

Is that rehab? Yes! If Magch did that movement tens of thousands of times until it felt natural, today's neuroscientists would call him a genius.

Our ancestors knew a thing or two about rehab. Read about it here.
2 comments: