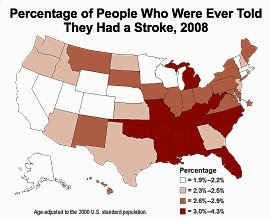 If we concentrate on the people who may need help with recovery we'd include survivors with
This includes everything from occupational therapy to AFOs. Therefore...

11.25 million people per year worldwide will require these services and equipment.

Warning: ENDING THE USE OF AN AFO CAN LEAD TO FALLS AND INJURIES.

Never discontinue the use of an orthotic without first consulting the appropriate health care provider. Then call your doctor. Then have your doc talk to any other providers as needed. Then discuss it some more. Thank you.

For years I've been pointing out how what clinicians focus on can hurt recovery. Clinicians focus on having the patient be safe and functional (able to do everyday tasks). Clinicians have the "safe and functional" mantra running through their heads constantly. There are two other things that influence what clinicians will to use to help survivors recover:
1. What managed care will pay for
2. What therapists know about stroke recovery


I think the best example of this is the AFO.

Before I get too technical, let me ask you a hypothetical.... Let's say you're a survivor. Your ankle is not moving well after stroke. But you know that recovery is unpredictable.

Here's my question: During the time in which your ankle is trying to come back, would you put it in a cast? Probs not. If you casted it and the ankle tried to come back it wouldn't be able to. It would be stuck in one position by the cast. This is where clinicians lose the plot (as the English say). They see this ankle issue as an ankle issue. But its not an ankle issue! Its a brain issue. And what's the first rule of the brain? What's the one rule that everybody knows about the brain?
Use it or lose it.

Now this (casting example) is only a slight exaggeration of what happens when stroke survivors are put into an AFO. 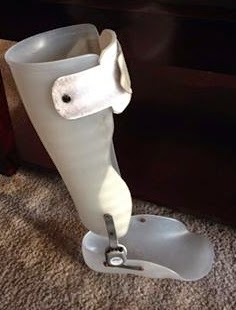 Generally, AFOs are prescribed by clinicians waaaay too early. The brain has not revealed what it's capable of doing during the first few months after stroke. This phase, known as the subacute phase, typically last from 3 to 6 months. Clinicians will often prescribe the AFO in the first, second or third month after stroke.

And even before that... sometimes within the first 2-3 weeks after stroke, there is an effort to somehow bind the ankle in such a way that it is not required to move.


These all essentially lock the joint, disengaging the ankle muscles from what they've been using to lift the foot at the ankle since that survivor was born.

So why do clinicians do it?


And who do they listen to? Orthotists. And what do orthotists make? AFOs. So will the orthotist say to a clinician suggesting an AFO, "Naw, AFOs lead to learned nonuse." Probs not.
It's not that clinicians mean to do you harm. They want you to be safe and functional. They want you to be where you want to be: home. So there is a trade-off: Put you in an AFO and get you home safe and early, or wait and see what develops. Here's one thing that managed care won't pay for: Waiting to see what develops.

Its the instant gratification thing. Put an AFO on and survivors walk better instantly! But they also promote muscle atrophy, lock the joint (which joints hate because they like to move) and may lead to learned nonuse.

Oh, and one more thing... once the AFO is on there, its on for life. Why? Because an AFO will atrophy both the neurology and the muscles involved in walking. Further, it will so change your "gait kinematics" that NOT wearing will become a risk.