Neuroscience: "Are you listening?" 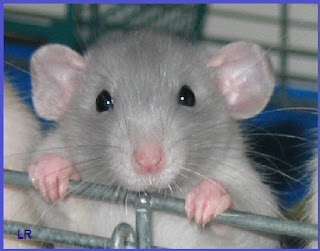 Most therapists suspect there is a pretty wide disconnect between what research reveals works to aid in stroke recovery and the treatment options that therapists typically do. One of the reasons for this disconnect is the “meet ‘em, greet ‘em, treat ‘em and street ‘em” perspective hoisted on therapists by managed care. Therapists are sensitive to Rule # 1: Get them safe, functional and out the door. If the best therapeutic option means slowing down the process, it will not see the light of day.
But there is another big reason research fails to resonate with therapists. Much of the “bench side to bedside” rift exists because the two groups (researchers and clinicians) simply don't talk. Mostly, PTs talk to PTs and OTs talk to OTs and if we're feeling really radical we go to a talk or read a paper by an SLP. And if we're feeling truly outlandish we'll go to a talk or read a paper by a neurologist or physiatrist. But is physiatry and neurology where the action is? Neurologists have a vital part to play in stroke recovery, but their input is typically limited to the saving as many neurons as possible hyperacutely (the first few hours post stroke). Physiatrists have the responsibility of dealing with co morbidities and sequelae as well as coordinating recovery efforts through the subacute phase. Generally, physiatry is not involved in the process of driving the massive cortical rewiring needed to aid in motor recovery.
That task is left to stroke survivors, guided by therapists.
We could look to psychology and psychiatry. They do know about the brain. And they have a massive advantage when it comes to knowing how to rewire the brain: they've been working on systems to change the brain since Freud. Edward Taub, the developer of constraint induced therapy, a treatment option that has shown promise in many large clinical trials, is a psychologist. So both psychiatry and psychology are disciplines worth listening to.
Clinical researchers from many disciplines are vigorously trying to solve the conundrum that is stroke recovery. This forces therapists into uncomfortable territory; those who wish to remain evidence-based end up having to listen to researchers outside of PT and OT. And these researchers often speak a different language, write in different journals, work with different treatment techniques, and use different outcome measures. And, as you’ll see, they often work with a different sort of “patient”.
Physical and occupational therapy, physiatry, neurology, psychology and psychiatry. Regarding the question of what systems are best suited to rewire the brain for recovery after stroke, all these disciplines have something to add to the discussion. But, more and more with the passage of time, they will pale in comparison to another branch of science: neuroscience.
Most neuroscientists have a near myopic focus on "unpacking" the 100 billion neurons and quadrillion synapses in the brain. Neuroscientists are involved in the development of a full spectrum of systems to drive massive brain rewiring. And systems to drive brain plasticity post-stroke are no exception.
One of the reasons that neuroscience is such a great source of information has to do with the difference in the actual study participants. Let's say you are a researcher and want to do a double-blind placebo-controlled study. You give a little blue pill to participate A, and a little blue pill to participant B. One is the "real" pill and the other is a placebo. You don't know which pill they got, and they don't know which pill they got. The study is double blinded. There is a study coordinator in the back room who knows who got what pill, but both you and the participants are blinded. How do you do that in stroke-specific rehabilitation research? Participants sign informed consent—this is federal law when it comes to using human subjects in research. The informed consent document may say something like "You will either get a treadmill or you won't get a treadmill for training." In that situation you can single-blind; you can blind the person that's doing the testing. But you can't blind the participant. They know whether or not they got a treadmill. There are other problems with human participants as well. Stroke survivors have strokes in different parts of their brain, they have different comorbidities and sequelae, they are of different ages and have different motivation levels—to name just a few confounds.
Neuroscientists typically use animal models. Animals are easy to blind; they don't know a treadmill from a glass of milk. And animals can all be given their stroke in exactly the same spot.
In any case, PT and OT are tasked with taking what all these branches of science have revealed, making sense of them and making them available for stroke survivors. As insurmountable as that task seems the payoff is a much richer and robust palette of treatment options.
2 comments:

After stroke, spasticity is a bad thing—but things could be worse.

Flaccidity is an example of a point in the poststroke arc of recovery with consequences as bad, or worse, than spasticity. Spasticity carries with it the potential for contracture, pressure sores, pain, joint problems and deformities. Flaccidity, too, carries obvious physical risks (i.e., subluxation, muscle atrophy, etc.). But flaccidity also provides an ominous window onto the prognosis of the limb. Flaccidity says 2 things: “Recovery will have to wait” and/or “Recovery may have ended”.
There are two kinds of paralysis; flaccid paralysis and spastic paralysis. Most of the patients therapists see fall into neither category. Part of the reason that therapists typically don't see truly paralyzed patients is because, traditionally at least, little can be done to help. With the advent and broadening use of intrathecal baclofen, injectable neurolytics and the dorsal root rhizotomy, etc., the potential for treatment has broadened. Still, most of the people that are candidates for treatments that aim to improve limb movement are not going to be hemiplegic (paralyzed) -- they'll be hemiparetic (weak). The question becomes, is there more potential and somebody who has near flaccid or spastic?
We can look to pioneering physical therapist Signe Brunnström for insight. Brunnström’s six stages (Thanks “Pink House On The Corner” blog!) of recovery provide the ultimate template for recovery from stroke. Stage I is flaccid (although reflexes are available), stage II is harkened by the emergence of spasticity and synergies, and in stage III synergies and spasticity are at their zenith. So the progression is clear; flaccidity to spasticity. And as with much of Brunnström’s work there is an underlying wisdom; spasticity, as disdained and dangerous as it is, is preferable to flaccidity. This is especially true early after stroke. A patient with emergent spasticity can work in a repetitive and demanding fashion very early in the arc of recovery. And when it comes to stroke recovery, early is better. This is as true in rat models as it is in clinical trials involving human participants. But if somebody's flaccid, how you begin rehab? Although most patients do not remain flaccid, the delay that flaccidity creates provides a much more shallow recovery trajectory.
Spasticity may have another advantage over flaccidity with regard to issues outside of the progression towards recovery. Often the flaccid limb, whose dearth of sensation usually parallels its dearth of movement, is at risk of injury. Bluntly, the world can be a dangerous place to a flaccid limb. Like a weakling in a neighborhood of bullies, the flaccid limb is surrounded by walls, corners, countertops and other unforgiving surfaces. In the lower extremity is usually less of an issue because the flaccid limb can be controlled within the confines of a wheelchair. In the upper extremity the limb is often put in a trough and/or sling to protect the limb. These forms of stabilizing the upper extremity protect the limb in two ways; keeping the arm from flailing with the potential for injury; protecting the shoulder from subluxation.
Spasticity manages to protect the limb from these “bullies.” In the upper extremity the spastic posture brings the arm across the body, internally rotated and flexed at the elbow wrist and fingers. This posture is dictated by the overwhelming strength of the flexors and internal rotators. For an unprotected arm spasticity can be seen as a good thing, simply because it keeps the limb out of trouble.
Beyond providing an immature protection mechanism, spasticity may do other beneficial things as well. Spasticity may induce Wolf’s law, which states that bone will remodel through osteoblastic activity dependent on the loads it’s placed under. That is, the pull of muscle on bone is what keeps bones from becoming osteoporotic. This is particularly important issue because stroke survivors tend to fall towards the affected side. Because there is less bone strength on that side there is a higher chance of fracture. Spasticity may also improve circulation because of the activity in the triceps surae (gastroc, soleus). The primary way blood is delivered from the extremities back to the heart and lungs is the muscle contraction. With regard to the circulatory system spasticity is preferential to flaccidity, because the blood gets shunted towards the heart and lungs. Spasticity also maintains muscle bulk because, as pathologic as it is, at least the muscle is contracting.
Most importantly, spasticity provides a crude template for future recovery. But despite its advantage over flaccidity, all is not rosy with regard to spasticity. As the first line of defense, therapists are tasked with interrupting the march towards contracture. Tools in neurology and physiatry are helping with that task. Serial casting and a dedicated stretching program are also essential tools. The bottom line is, as much as spasticity is a welcome visitor it is best when it is exactly the: a visitor. Spasticity allows for at least the chance of its visit being shortened by allowing for movement in some planes and pivots. Take what spasticity give as you usher it out the door.